Use the professionals for your adventure project

Adventure Consultants' film experience is vast. Our Director Guy Cotter's experience goes from behind the camera capturing sought after footage in the Himalaya, Antarctica and New Zealand, through to the coordination of many specialist film projects. Guy's extensive alpine experience combined with his knowledge of film production, location scouting and safety is an asset to any film maker. 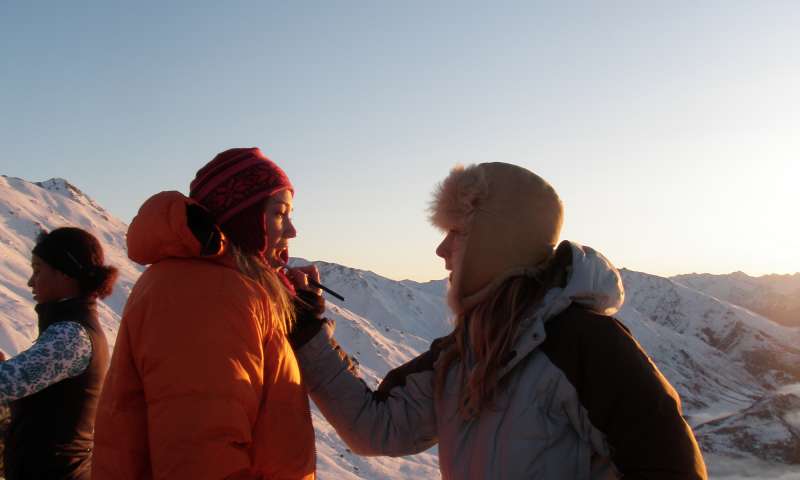 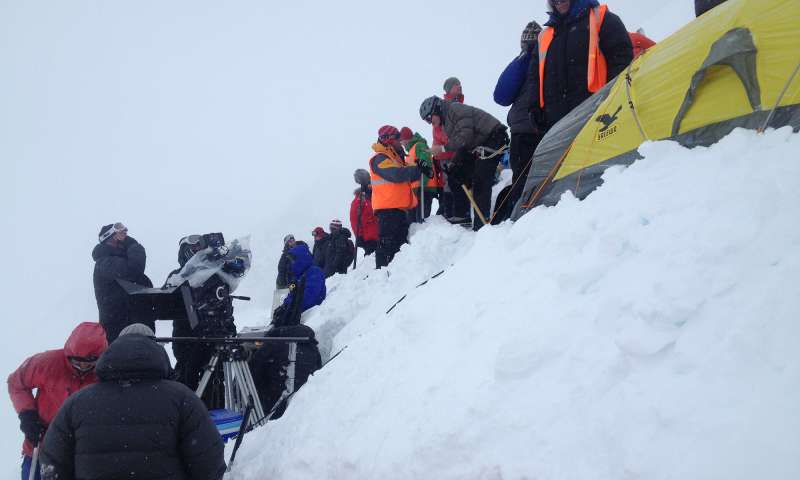 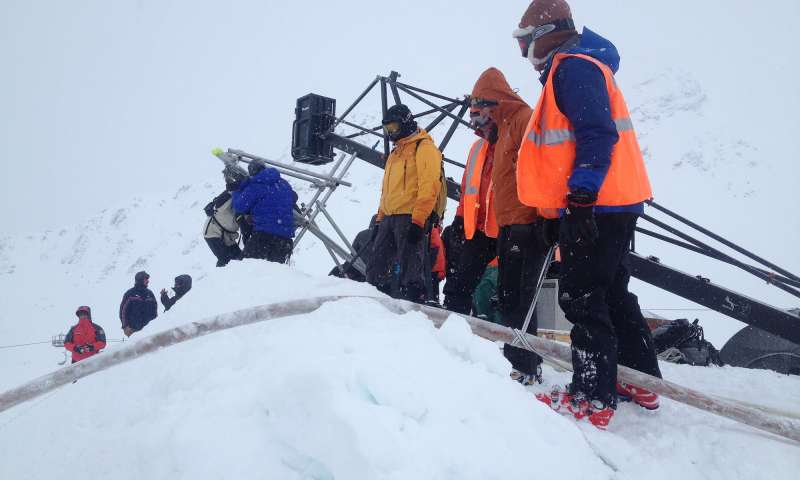 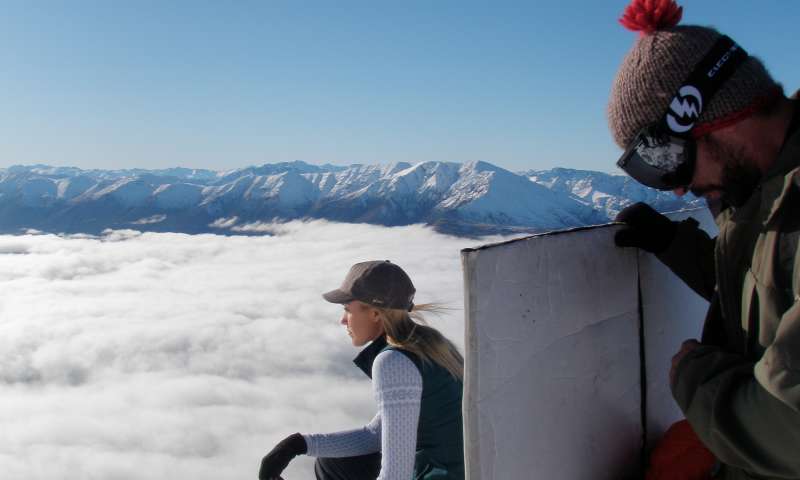 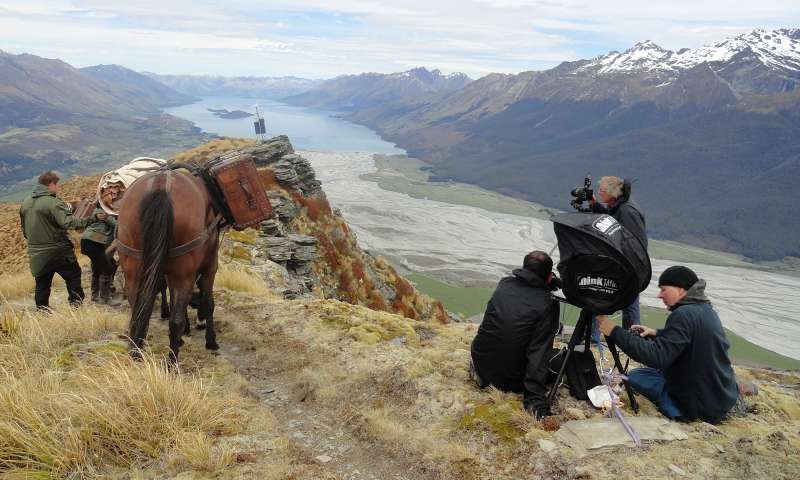 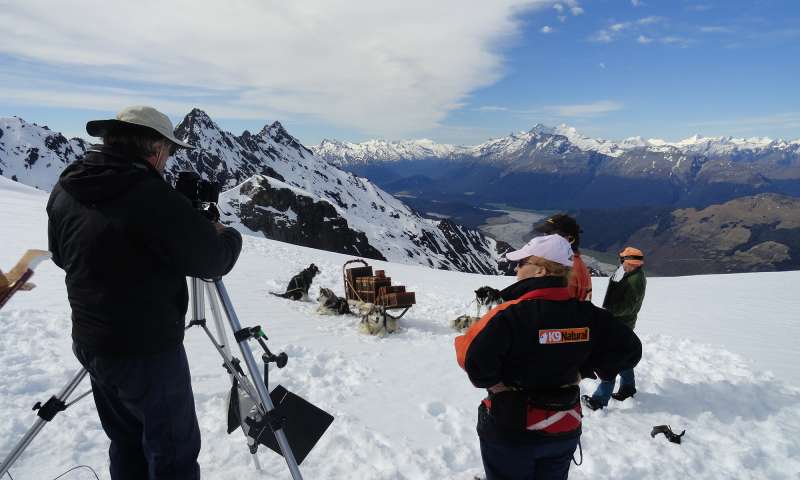 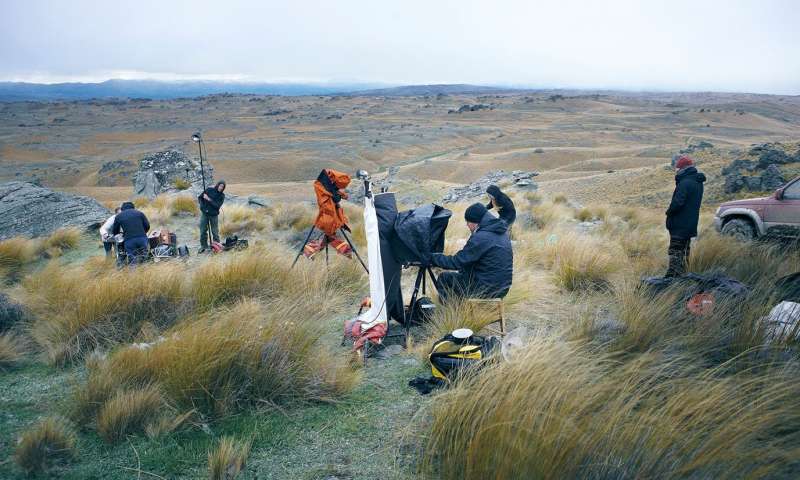 Call us to discuss your project requirements - Chris Lewis

Guy has coordinated a team of specialist personnel for many alpine film shoots, including documentaries, commercials and a feature film - The Vertical Limit; a large scale Hollywood production recently filmed in the Southern Alps of New Zealand. Guy's role was advisor to the Director, First Unit Safety Coordinator and coordinator for a specialist film unit in Pakistan. In 2014 Guy worked as the Key Alpine Advisor to a Hollywood movie about the Everest 1996 story being shot on location in Nepal, Italy and in the studios in London of Working Title.

An exciting project was the making of a documentary entitled X-Force - The Science of Mountaineering with Natural History New Zealand. The film follows the progress of Guy Cotter, Takashi Ozaki and Bryan Moore on our successful expedition to Makalu in 2001 and has amazing graphics explaining the science behind high altitude mountaineering.

Our portfolio for leading and overseeing Safety, Locations and Talent includes Columbia Pictures with ‘The Vertical Limit’, Warren Miller, PBS with ‘Anyplace Wild’ and ‘Wild Productions’, Nova, BC Productions, ‘Road Rules’, BBC, Eco-Challenge, Paddy Pallin, Louis Vuitton - Incredible Journey, Gap - Athleta 2009/2010/2011/2012, Beyond The Edge 2013 - the feature film story of the first ascent of Mt Everest by Hillary and Tenzing in 1953.

In 2014 Guy was the Key Alpine Advisor for the movie Everest and also supervised Mountain Safety on location in Nepal and in the Italian Alps. His role in the movie, which tells the story of the Everest 1996 disaster, is played by Sam Worthington.

Upon receiving a locations brief we can provide a comprehensive report on location logistics, resource requirements and associated charges.

We have decades of experience in remote area development within the adventure industry. Our services include Project Management, Consultation and Co-ordination, Safety Auditing and Safety Plan construction.

Contact us to see how we can help you achieve an adventure project. 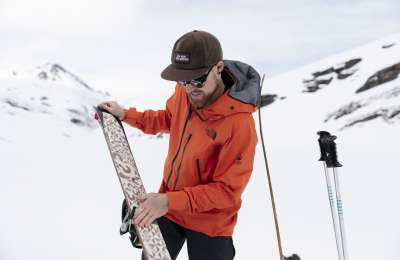 The North Face Futurelight Jacket
A gear review by IFMGA Guide Mark Austin—Climbing and Ski Touring have been in a process of rapid evolution in the past fifty or more years. New demands... 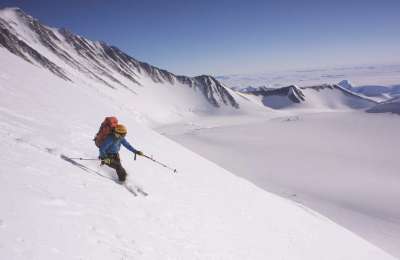 News from all over CLIMB TREK SKI
February is always a fun month for climbing high across the globe, with summit success for our expeditions on two of the Seven Summits...
Load More