In March of 2020, Adventure Consultants operated an expedition to Ojos del Salado from Copiapó, Chile. This page follows our team as they enjoyed the colourful culture of South America, negotiated the stunning terrain of their ascent and made their final bid for the summit.

2 March 2020
The Adventure Consultants Ojos del Salado Expedition 2020 is about to commence in the departure town of Copiapó, Chile.

The Expedition Leader is experienced local guide Rodrigo San Martin, who will guide team member Suyu up the highest active volcano on the planet, straddling the border of Chile and Argentina.

Please follow our team in its attempt to reach the summit of this 6,893m/22,615ft high peak, second only to Aconcagua as the highest mountain outside the Himalaya. 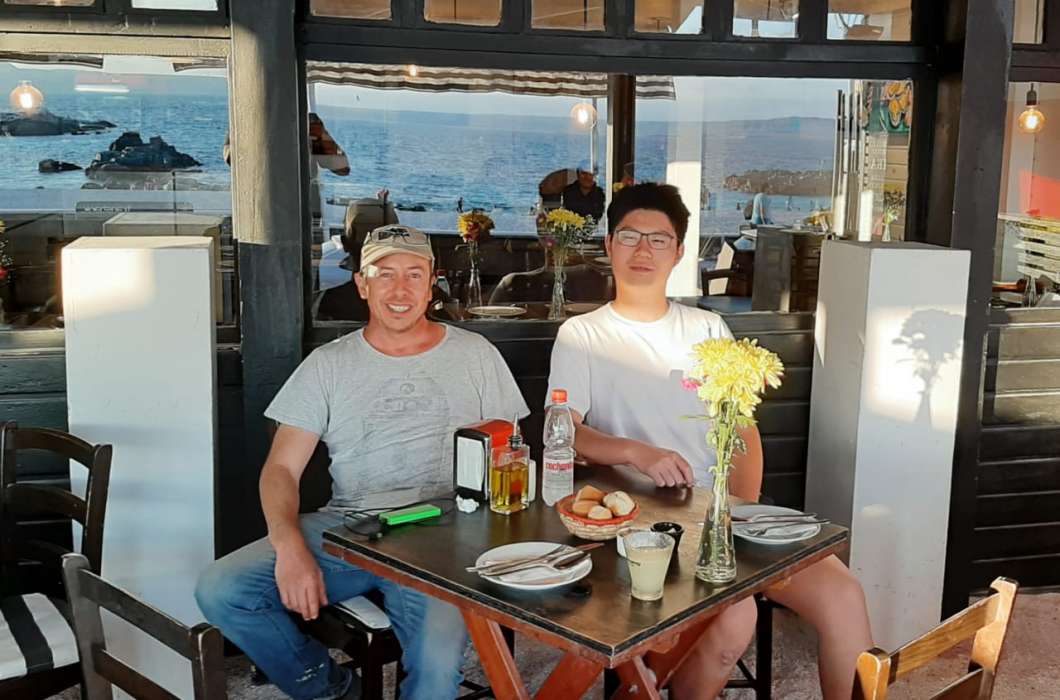 4 March 2020
The team are on the move and have departed on their journey towards Ojos del Salado! Using a 4x4 vehicle, the first leg of the trip took them into the beautiful Valle Chico (3,050m/10,000ft) where they established their first camp of the expedition.

The following morning, the team loaded back into their vehicle and drove to picturesque Laguna Santa Rosa (3,760m/12,350ft), a high altitude saltwater lake which is home to the Andean Flamingo. Here they will be able to take a hike around to explore the area and aid with acclimatisation before camping again tonight.

The team are doing well, have settled into the trip well and are looking forward to the journey ahead! 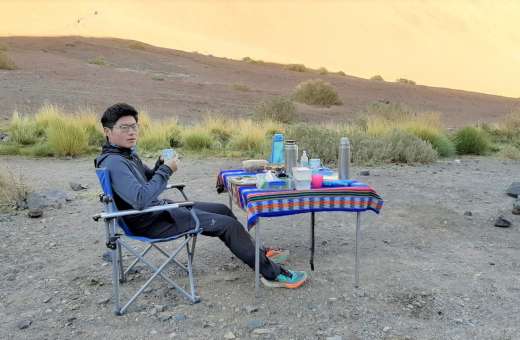 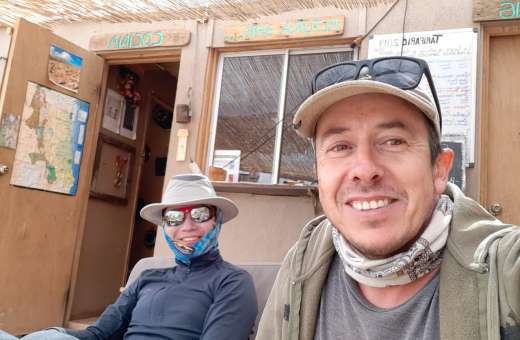 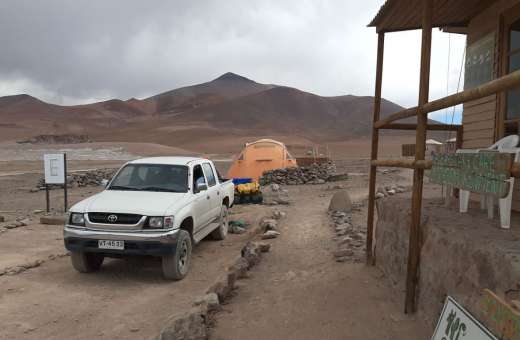 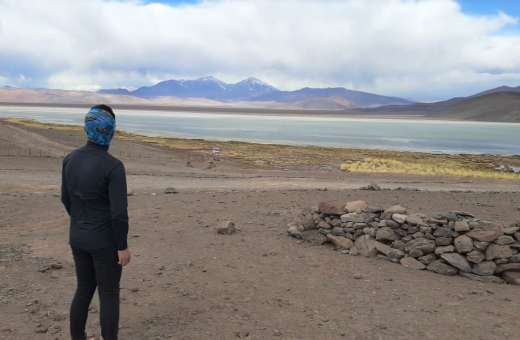 Above and below: The team settle into a beautiful sunset at Laguna Santa Rosa. 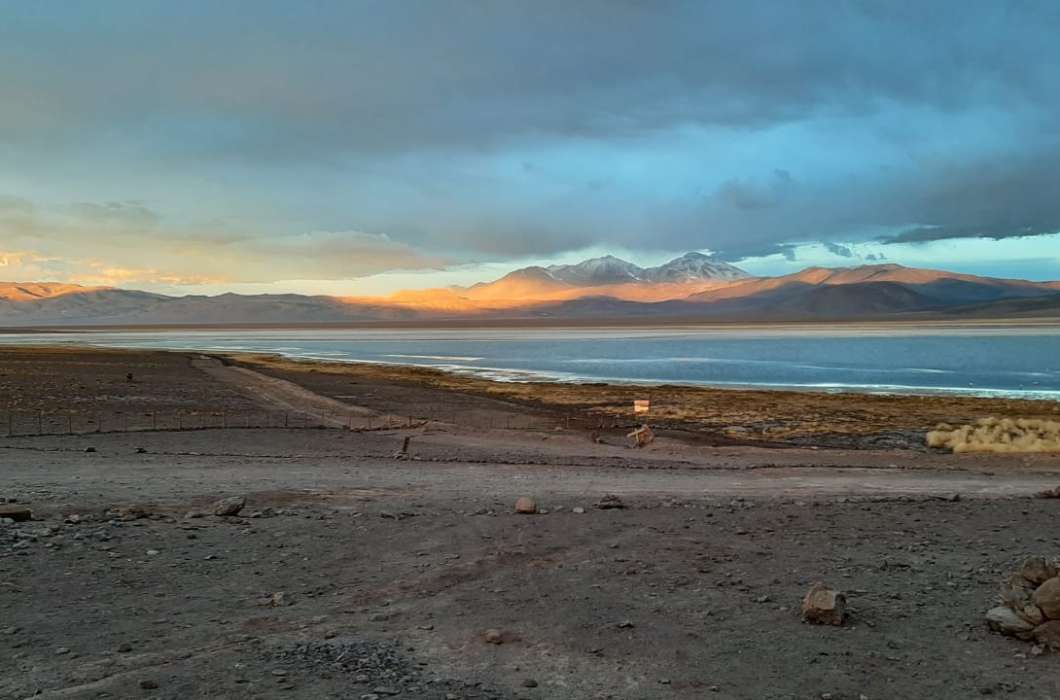 5 March 2020
It's been another good day for our team as they settle into expedition life ahead of their attempt on Ojos del Salado.

Having established a cosy camp at Laguna Santa Rosa, the team used this pleasant spot as a staging post for their first summit of the expedition—an ascent of Siete Hermanos. Siete Hermanos translates as 'Seven Brothers' and at 4,880m/16,010ft is a great acclimatisation peak to build upon their altitude gains. They enjoyed good weather during this day trip from camp, before returning back for a second night at Laguna Santa Rosa.

Expedition leader Rodrigo reports that all is going well and tomorrow they will continue on their journey, moving ever closer to their ultimate goal.

Below: Suyu on Siete Hermanos. 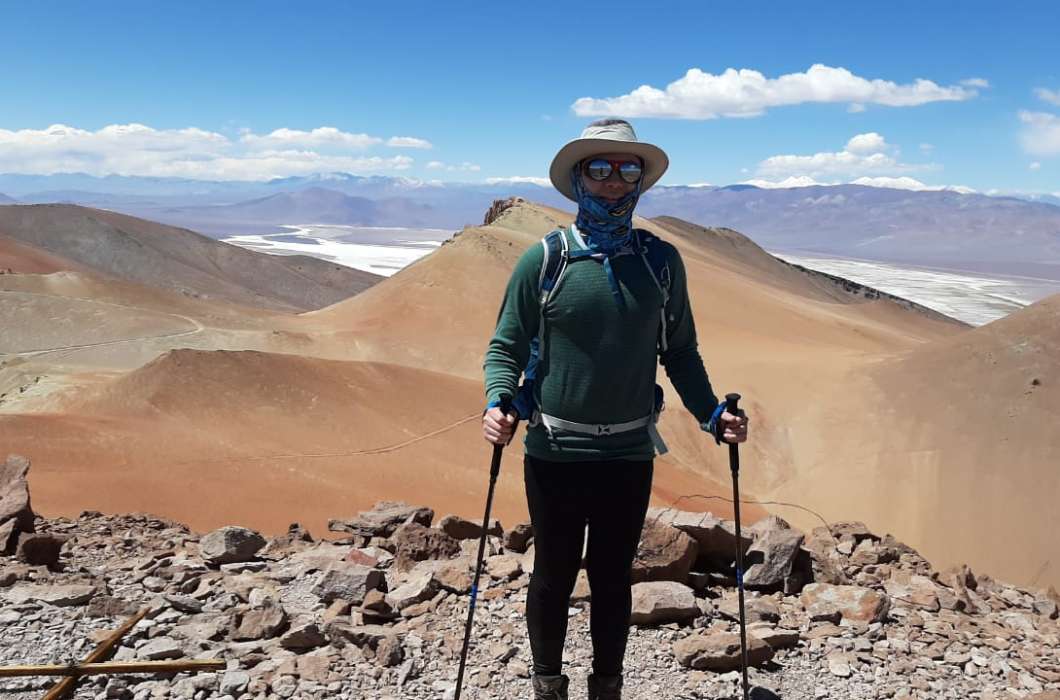 7 March 2020
A 3-hour drive has taken our team to the next camp at Laguna Verde (4,340m/14,240ft) where they will spend three nights. The turquoise waters of the lake are a spectacular contrast to the high altitude desert surrounding them. This camp serves as a fantastic staging post for further acclimatisation, firstly on Cerro Mulas Muertas (5,400m/17,700ft) and then Nevado San Francisco (6,080m/19,948ft), both of which will serve as great warm-up for the climb ahead. 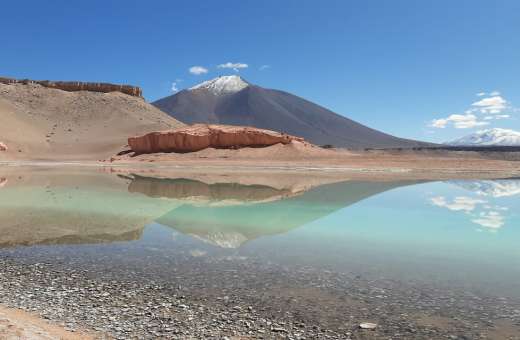 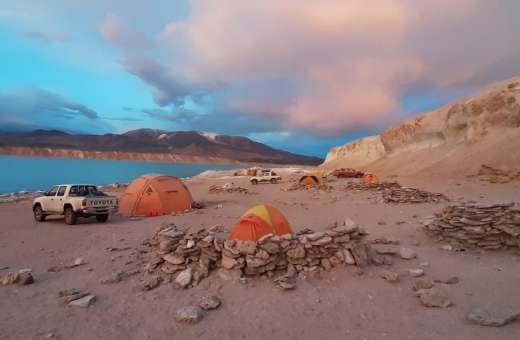 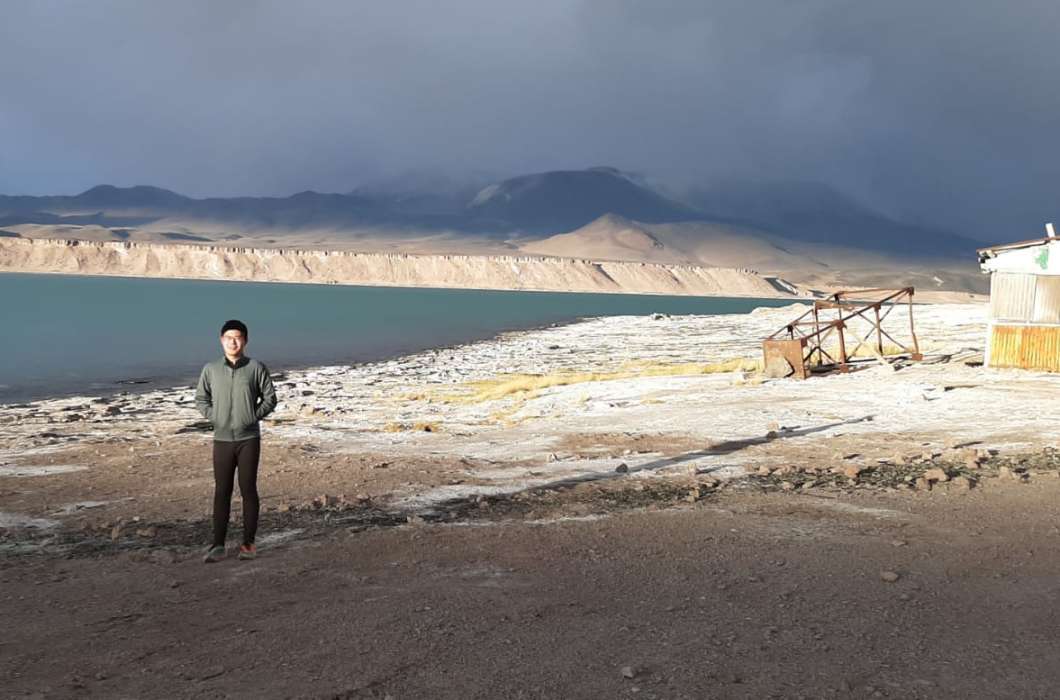 From San Francisco, the team would have been able to catch their first glimpse of Ojos de Salado to the south, amongst the other surrounding 6,000m peaks. This always serves as inspiration to raise excitement for the expedition ahead!

There were a few snow showers during the descent but all went well and the team are happy and enjoying hot soup back in camp at Laguna Verde.

Tomorrow the journey continues as they move to Atacama Refuge, the next stage of the journey and their Base Camp for Ojos del Salado. 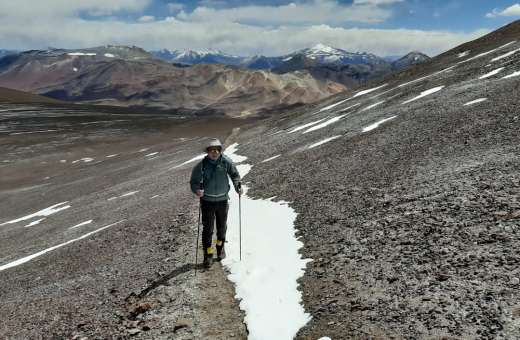 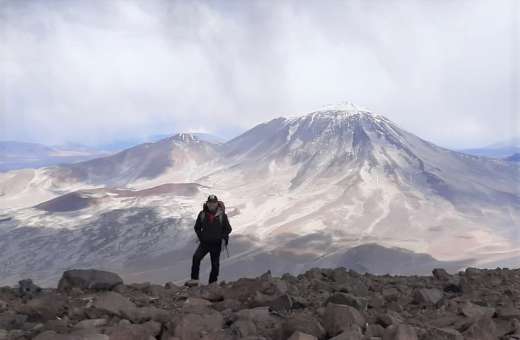 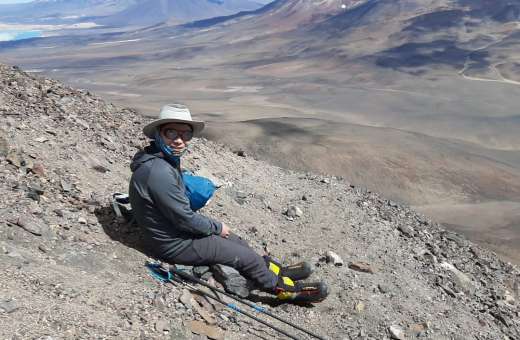 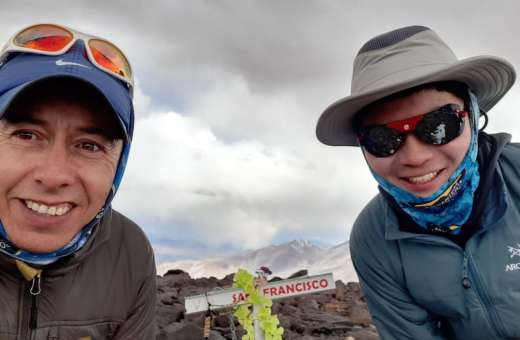 Above and below: A happy team making their way up Nevada San Francisco. 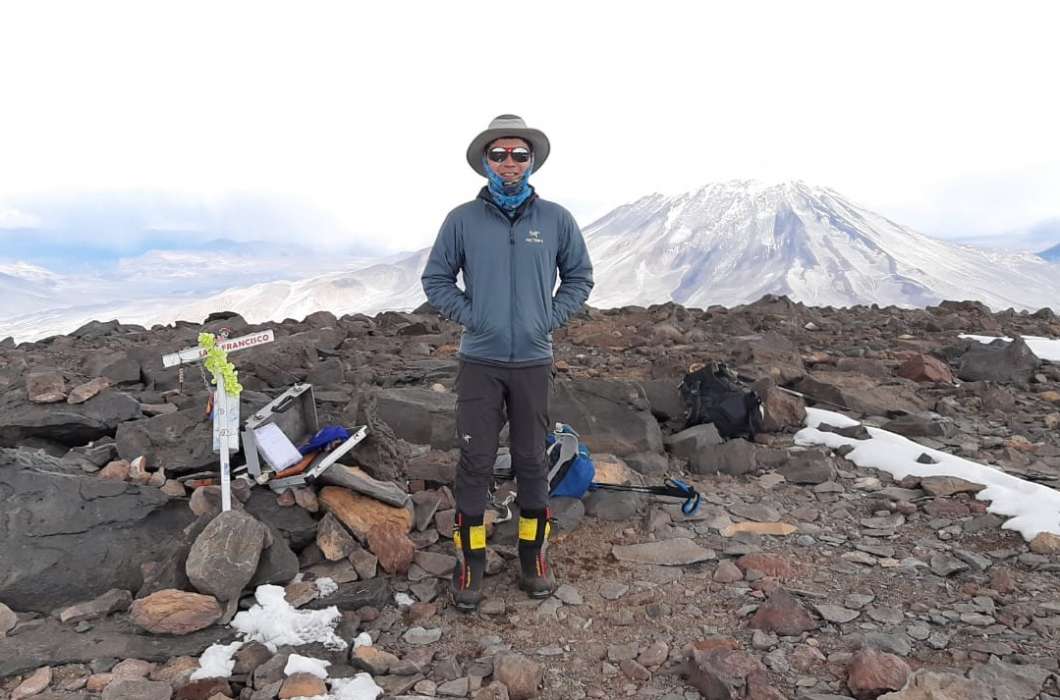 10 March 2020
Today has been another successful one for the team, who have now entered the final stages of their expedition. After covering the last rough miles to Base Camp at Atacama Refuge by road, the team have settled in and are gearing up to make their bid on the mountain.

The first stage today was to carry a load of equipment to Tejos Refuge at 5,825m/19,100ft before descending back down to Atacama Refuge. This serves to both aid the team in acclimatising to the higher elevation and reducing the amount that they will have to carry when they return there to overnight.

Tomorrow the plan is to rest before returning to Tejos Refuge the following day. The team is doing well and excited to start scrutinising the weather charts to plan their summit window!

Below: Moody skies at Atacama Refuge. 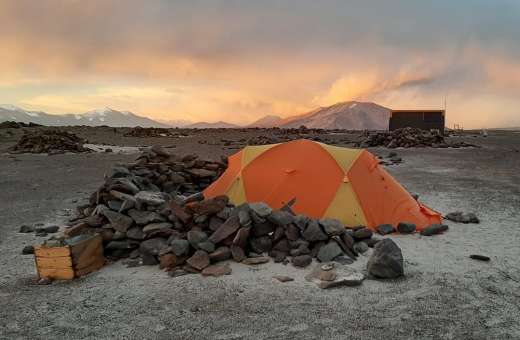 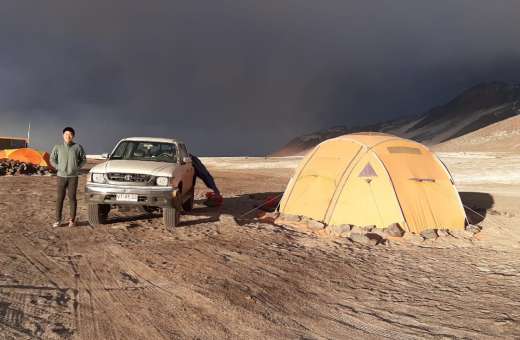 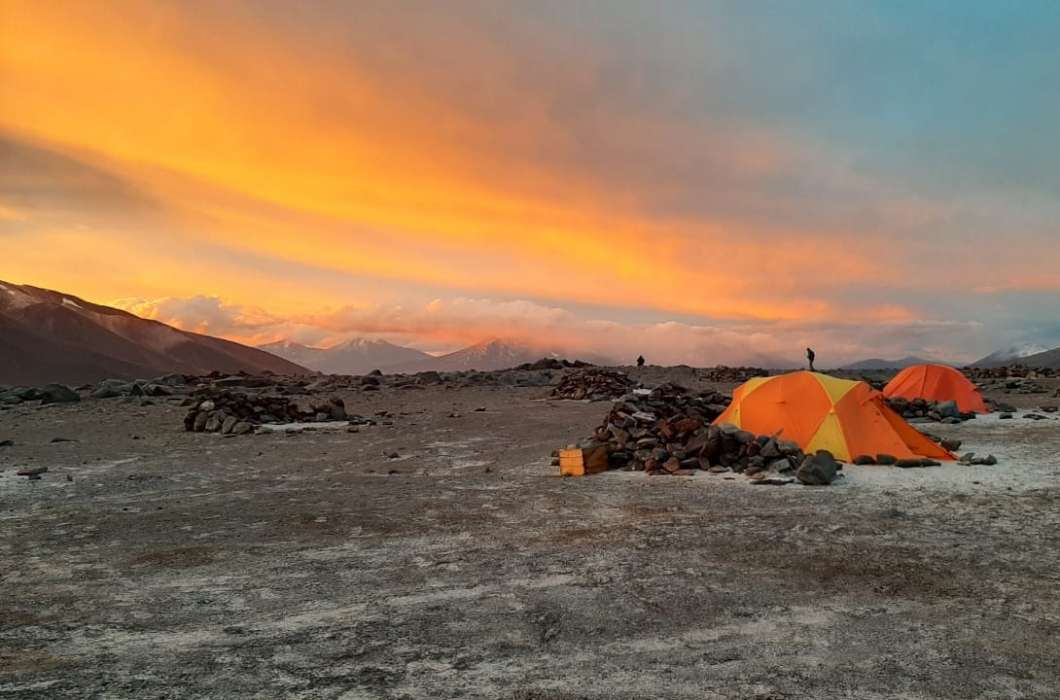 11 March 2020
Today the team have enjoyed their scheduled rest day as planned, which has been spent preparing their equipment and food and making sure everything is ready for summit day.

Tomorrow they will move back up the mountain to Tejos Refuge, ahead of their summit push the following day. So far the weather is looking favourable and guide Rodrigo is confident that they have a good chance of making the top—although safety will always come first! One group summitted yesterday and another group plans to summit tomorrow but as it stands, they'll be the only people going for the summit on their chosen day. They might even be one of the last groups of the season!

Below: Making their way to Tejos Refuge and settling into the bunk room. 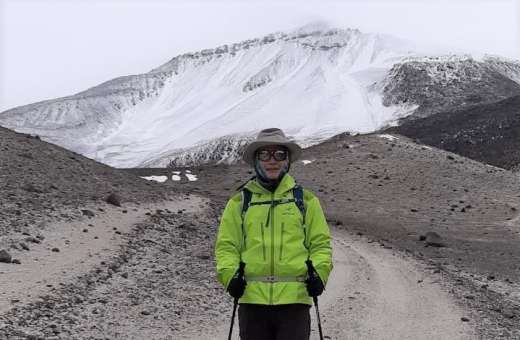 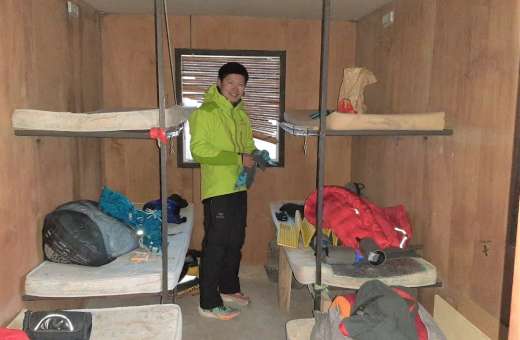 13 March 2020
We are delighted to hear the word that Rodrigo and Suyu have summited Ojos del Salado (6,893m/22,615ft)—a massive congratulations team!

The team report that it was a hard day but they are very happy. They have made it back down to Base Camp for a hearty meal, then straight to bed!

Tomorrow they will make their way back to the thicker air of the coast, well done guys! 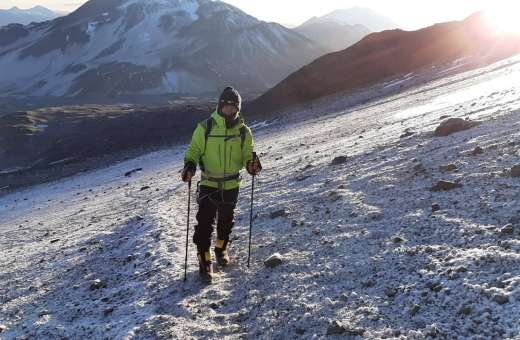 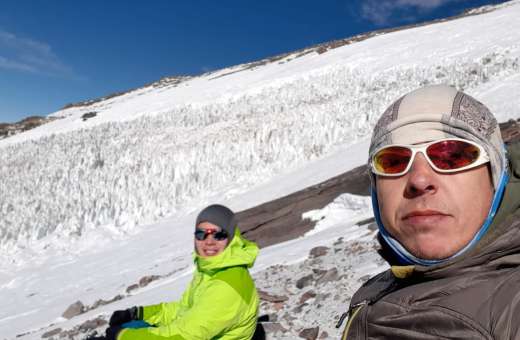 Above: Making their way up Ojos in the early hours of the day and taking a short break in the unusual ice formations on the mountain.

Below: Enjoying their moment on the summit! 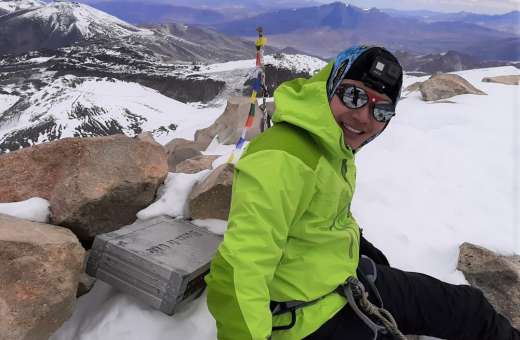 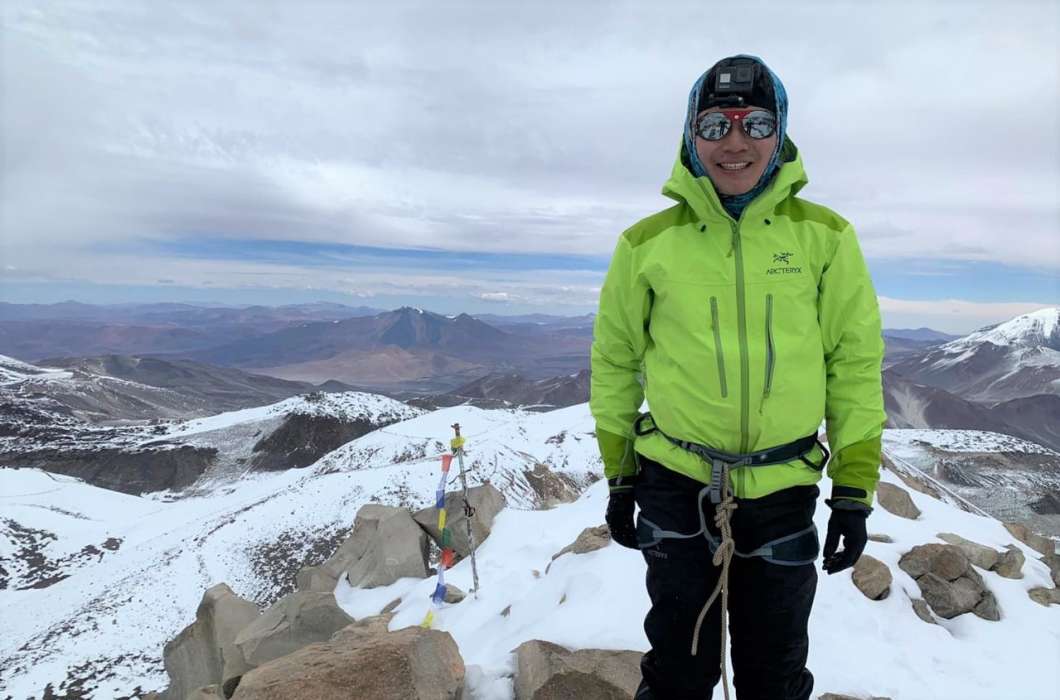 In Chile, climbers will find a metal box on top of every summit over 6,000m. These were financed by the owner of Banco de Chile (a keen amateur mountaineer) and are a permanent record of your steps on the summit. 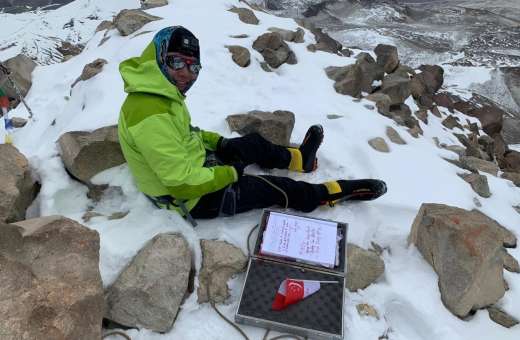 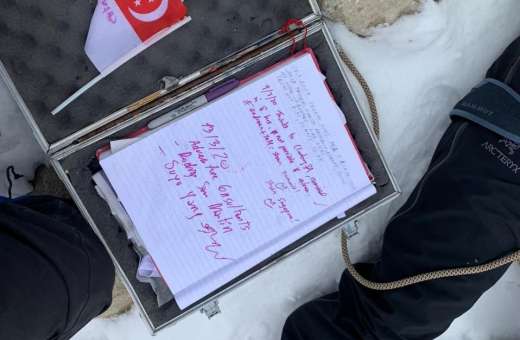 14 March 2020
The team are happily back in Bahia Inglesa and are enjoying the comforts and amenities of the coast. Here they enjoyed a celebration dinner, which would not be complete without Chile's national aperitif, a pisco sour.

Thanks for following the team's journey to the highest active volcano on the planet! 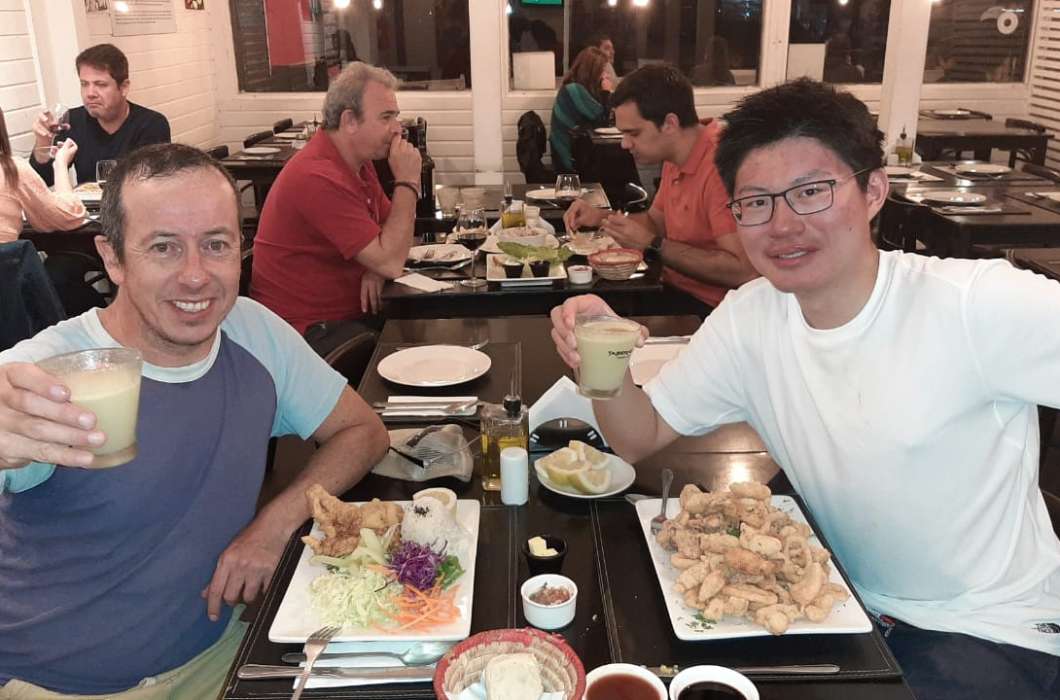 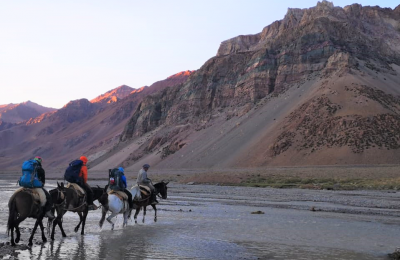