Our Adventure Consultants team will be climbing the mountain by the picturesque Machame Route which traverses several of the scenic micro-environments found at the different elevations on the mountain.

21 July 2016 - Kilimanjaro Expedition Starting Soon!
Our season of climbing Kilimanjaro is about to begin.

26 July 2016 - Kili team arrives in Arusha
After a long journey from New Zealand and Australia, our team has all arrived safe and sound into Arusha, Tanzania. They are now relaxing at the fabulous Legendary Lodge; a superb property located on a coffee plantation on the western side of Arusha.

The team has had the opportunity to meet our wonderful Tanzanian team from Nature Discovery and their guide, William Bwenje, has completed an all-important trek briefing with them. This is all in preparation for Day One of their trek starting tomorrow when they transfer to the Machame Gate and trek up to the first camp, Machame Camp at 3,000m.

We will keep you posted with updates and photos as we receive these. Stay tuned. 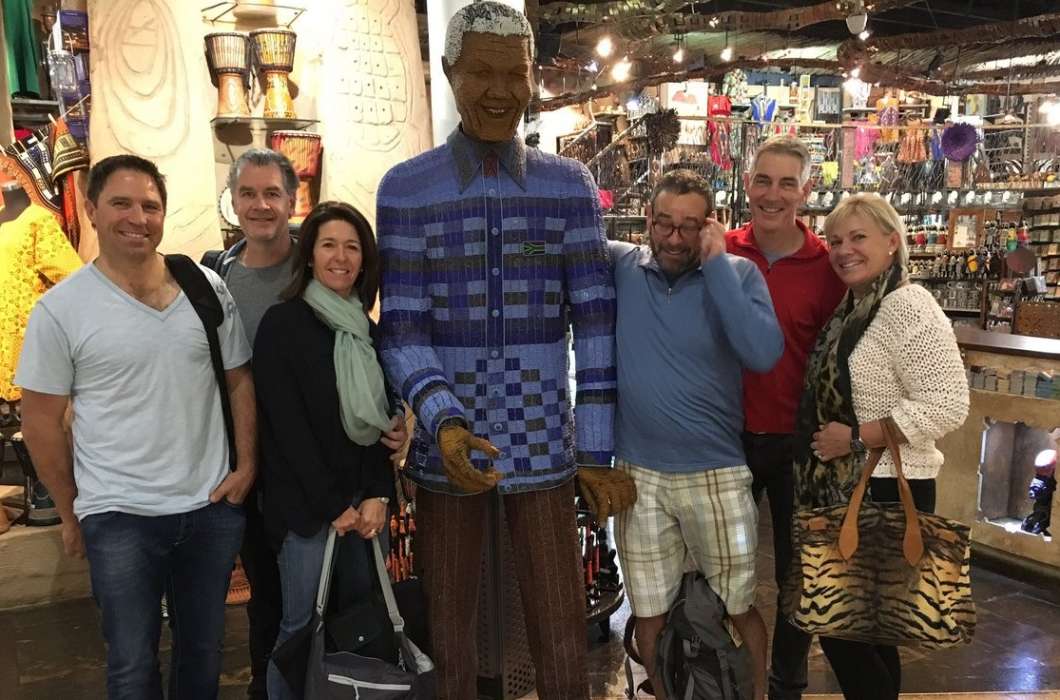 27 July 2016 - Machame Camp
The day started with an early pick-up from the Legendary Lodge for the team, as they made their way from Arusha, through Moshi and up to the Machame Gate; the start of their trek to the highest point in Africa. Once the porters had their bags weighed to ensure that they were not carrying too much, the team set off up through the lush forest zone towards Machame Camp which is set in the heather moorland zone of the mountain. This makes Kilimanjaro very special, in that the mountain has very distinct vegetation zones, which clearly define themselves by the noticeable change as they trek higher.

After a few hours of trekking, the team came to a small clearing the forest in which their guides had set-up lunch, complete with a dining table and chairs. This is a welcome stop, giving the opportunity to refuel before the final push to Machame Camp. After their first night on the mountain, the team will trek up to Shira Cave Camp at 3,840m. 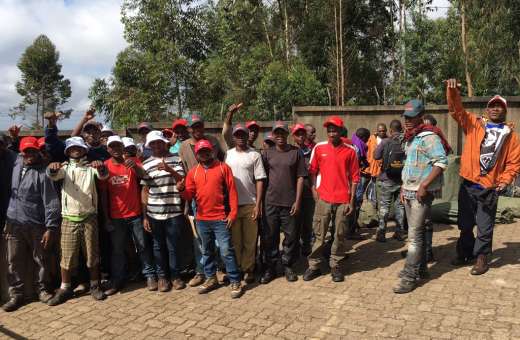 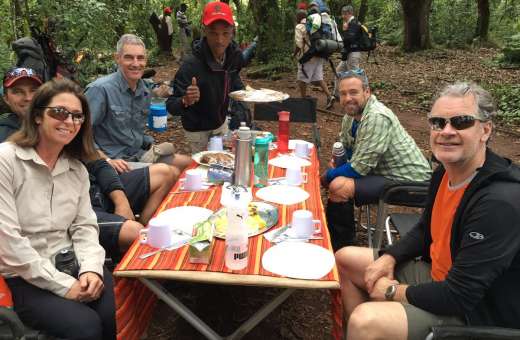 28 July 2016 - Machame Camp to Shira Cave Camp
After another fantastic breakfast supplied by the Nature Discovery team’s cook, the team start the trek from Machame Camp to Shira Cave Camp at 3,740m. This is the first camp from which the team will get their first proper view of the mountain. Given the higher altitude of the camp, the team will be ready to relax upon arrival and enjoy the fabulous views that it offers. 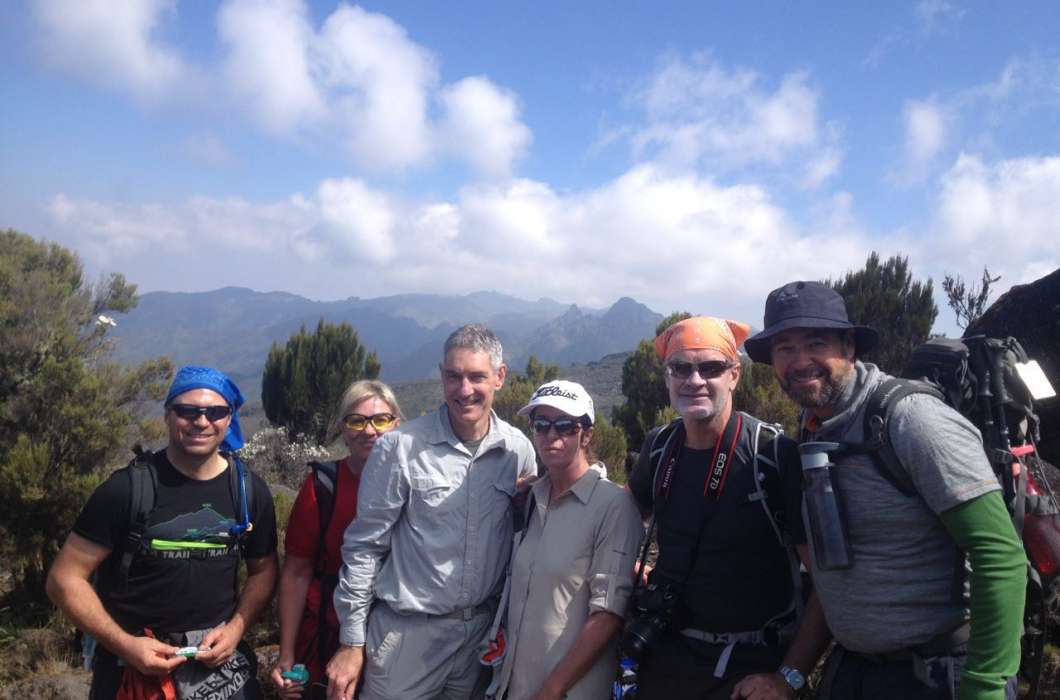 29 July 2016 - Lava Tower
Today brings a longer trek to Barranco Camp at 3,900m. As the team depart from Shira Cave, the trek takes them along a flat plateau that rises up to the Lava Tower where they will rest and have lunch. From here, it is a descent into the Great Barranco Valley. The camp lies beneath the spectacular cliffs of the Breach Wall, Uhuru and on the edge of the alpine desert zone, bringing with it a cornucopia of weird and exotic plants. The Barranco Camp is home to a large stand of Senecio Kilimanjari, a tree whose form appears to have been the brainchild of Dr Seuss! 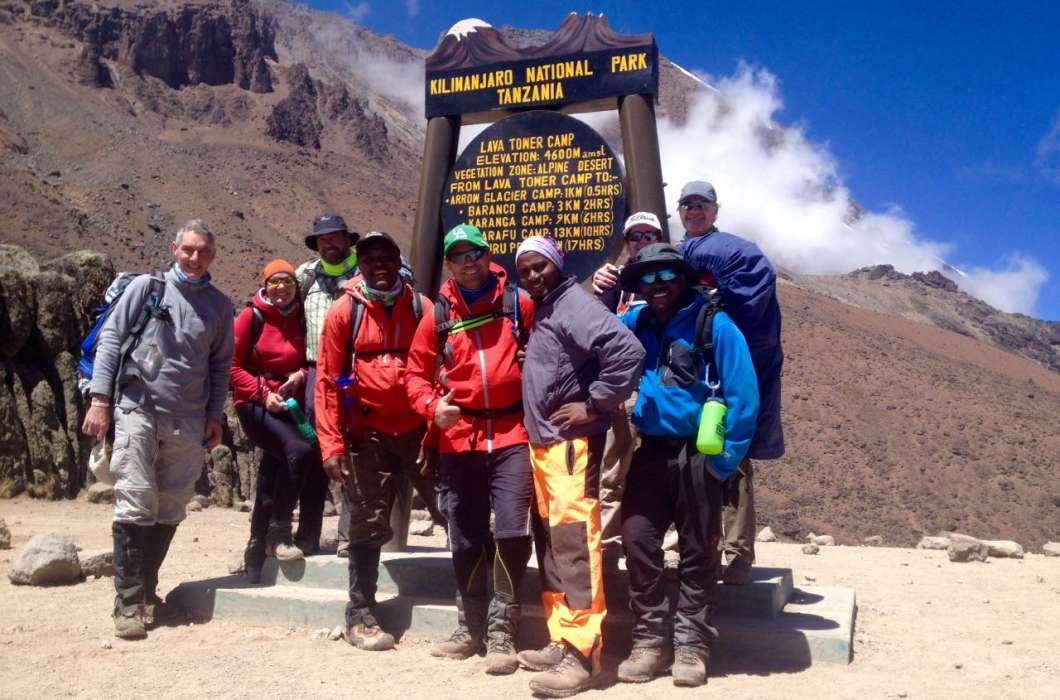 30 July 2016 - Barranco Wall
Today, as the team departs camp, they head directly to the bottom of the Barranco Wall and make their way to the top. This takes around an hour of climbing defined tracks and over the odd large rock/boulder. 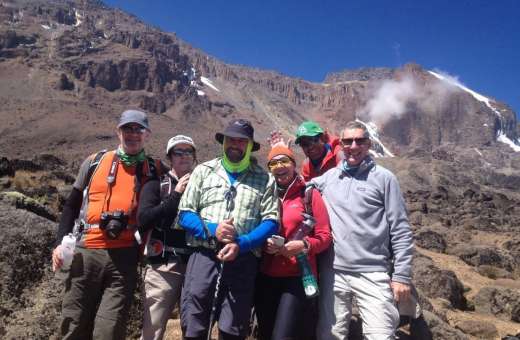 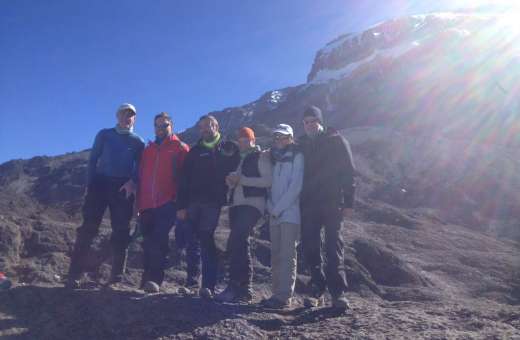 31 July 2016 - Summit Tonight!
Today the team trekked from Karanga Camp to Barafu Camp. On arrival at Barafu Camp, they will relax and begin preparations for their summit attempt which begins at midnight tonight!

1 August 2016 - Summit Success!
The team roused themselves at 12am for the long trek through the dark to the summit of Kilimanjaro, the highest point on the African continent and one of the Seven Summits!

Following some time celebrating on the summit, the group descended back to Barafu Camp. There they meet up with Cherry who was not feeling well and had decided not to push on for the summit. They then continued the descent together down to Mweka for the night. It will have been a big day for the summitters and they will be enjoying a rest and contemplating their summit success tonight! 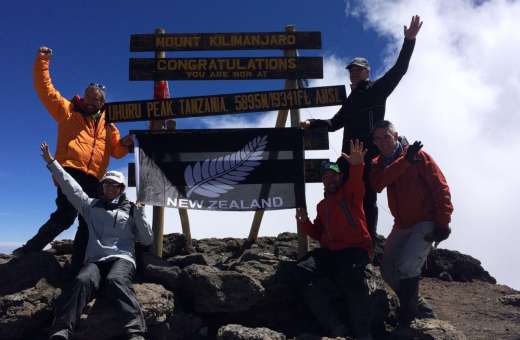 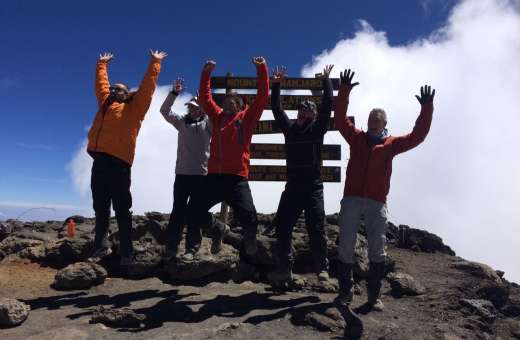 2 August 2016 - Back to Arusha
The team were relieved after a long day to arrive at Mweka Camp last night. Today they continued their descent trekking from Mweka Camp to the Mweka Gates, completing the return trek. Their accomplishments were celebrated at the end of the trek, as the local guides and porters sang farewell to the team. They've now returned to the relative luxury of the Legendary Lodge in Arusha where they'll stay before departing on the remainder of their trip.

Congratulations from everyone at the AC Office and thanks for following the Kilimanjaro dispatches.

Our next Kilimanjaro trip departs on 21st August - look out for more dispatches then!