This expedition will be running from August 21 to September 2, 2016.

9 August 2016 - Kilimanjaro Expedition and Safari Starting Soon!
Our season of climbing Kilimanjaro continues with another trek and safari about to begin.

This team will be climbing the 5,895m/19,340ft Mount Kilimanjaro followed with the classic African Adventure, a safari in the Serengeti.

Dispatches will start on August 21!

21 August 2016 - Arriving into Arusha
Over the past few days, the Kilimanjaro team members have been travelling from various points around the world to Arusha, Tanzania. Upon arrival, they are transferred to the fabulous Rivertrees Country Inn, where they will have time to relax and recuperate from their jetlag, as well as having the opportunity to meet each other. For some, it will be catching up with team members from past trips and for others, it will be a chance to meet these individuals for the first time. We look forward to bringing you further news and updates on this team as the week progresses.

22 August 2016 - Exploring Arusha
The Kilimanjaro team have all safely arrived in Arusha and have been enjoying the relaxed atmosphere of Rivertrees Country Inn. This team includes members that have previously travelled with Adventure Consultants and this is the first time that they have seen each other since.

So once the team all met up they enjoyed a dinner together with lots of conversation and laughs. Yesterday saw them all heading into downtown Arusha to change money, explore and spend time shopping. On their return they met their lead guide, William, for the all-important trek briefing. 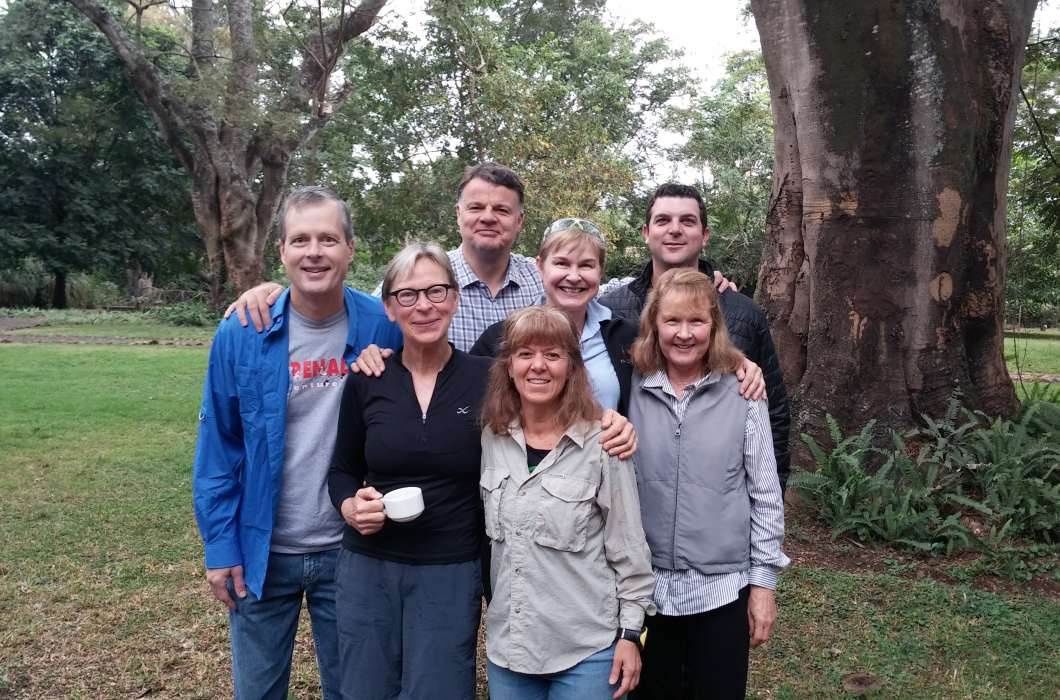 24 August 2016 – On Their Way
Early this morning the team departed from Rivertrees and made their way to the Machame Gate. It is here that they officially sign in with the park authorities and begin making their way up through the tropical rainforest which gives them their first taste of this spectacular mountain! Enroute, their fabulous guides and team set up an amazing lunch, complete with tables and chairs. Another few hours of trekking, and they entered into the heather moorland where Machame Camp is located. 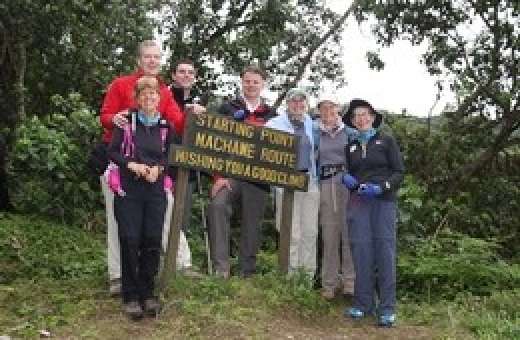 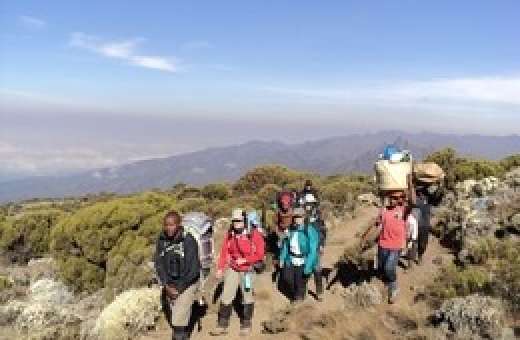 24 August 2016 - To Shira Cave Camp
Today, the team enjoyed a fantastic breakfast supplied by the Nature Discovery team’s cook. Their trek saw them start from Machame Camp and move up to Shira Cave Camp at 3,740m. This is the first camp from which the team gets their first proper view of the mountain. Given the higher altitude of the camp, the team were ready to relax upon arrival and enjoy the fabulous views that it offers.

25 August 2016 - Trek to Barranco Camp
The team awoke to a stunning day, perfect for their long trek to Barranco Camp at 3,900m. Their trek today, from Shira Cave, took them along a flat plateau that rose up to the Lava Tower where the team rested and had lunch. From here, it was a descent into the Great Barranco Valley.

The Barranco Camp lies beneath the spectacular cliffs of the Breach Wall, Uhuru and on the edge of the alpine desert zone, bringing with it a cornucopia of weird and exotic plants. Barranco Camp is also home to a large stand of Senecio Kilimanjari, a tree whose form appears to have been the brainchild of Dr Seuss! 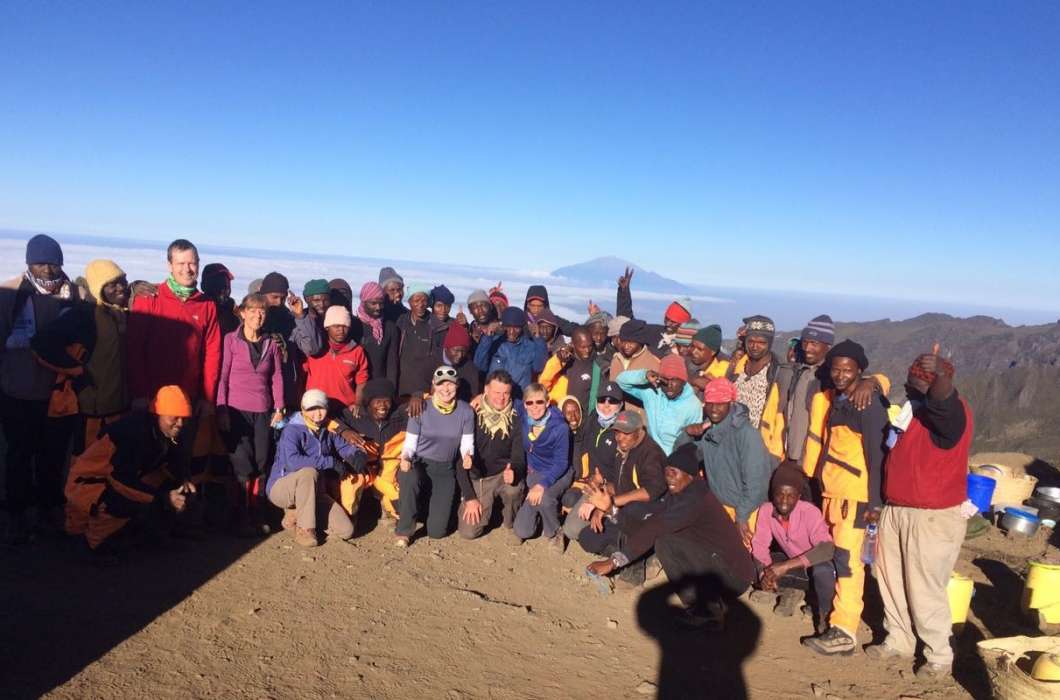 26 August 2016- From the Team
Today we have a note direct from the team on the mountain!

Team Perfect (yup, that's us!) continues to enjoy the ultimate mountain experience in every sense of the term. But remember: what happens on the mountain, stays on the mountain, so don't ask too many questions when we come home. You will have to listen to our trekkers' tales or hikers' histrionics! Tonight, we will sleep at Base Camp and tomorrow we summit Mt Kilimanjaro (we still sometimes have to pinch ourselves to truly believe it!). Kabisa!

28 August 2016 - Summit for All!
We have just received word from guide William Bwenje that all seven of the team members have successfully reached the summit of Mount Kilimanjaro 5,895m.

Their long day started at 12am, trekking through the dark to the summit of Kilimanjaro, the highest point on the African continent and one of the Seven Summits!

Following some time celebrating on the summit the group descended back to Barafu Camp, before continuing the descent together down to Mweka for the night. Tonight the team will be having a well-deserved rest and contemplating their achievements! 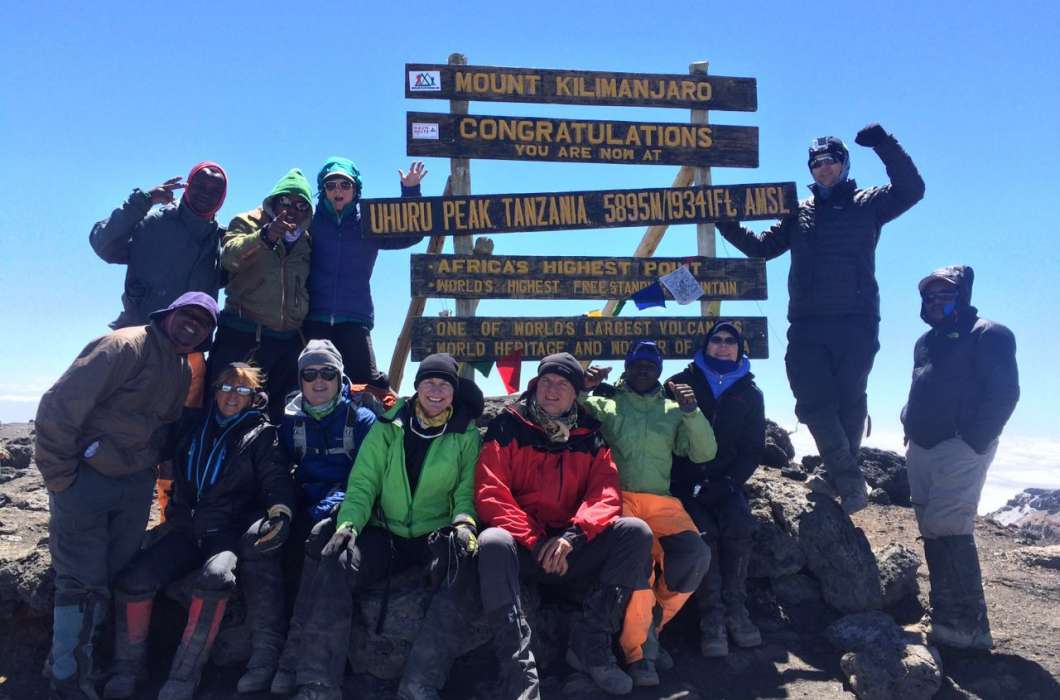 29 August 2016 - The Long Trek Down
Today with their summit success still sinking in, the team will trek down off the mountain and return to Arusha. The trail winds down from Millennium Camp taking the team down to the Mweka Gates, the official end point of the trek.

From here they return to Arusha and the comforts of Rivertrees Country Lodge for the night. With the exception of Scott, who departs tomorrow the team will begin preparations for the next phase of their journey - the safari!

30 August 2016 - Serengeti Serenity!
Many people dream of one day joining a safari in Africa, for our team today this is a reality! Early this morning they left Arusha and boarded a flight to the Serengeti National Park where they were met with a picnic lunch. The afternoon will be spent on a game drive before heading to the Kati Kati tented camp for the night.

31 August 2016 - Exploring the Serengeti
Today the team awoke to the sun rising over the savannah and after a leisurely breakfast, departed for a full day’s exploration of the Serengeti National Park. The great thing about game viewing is that you are never sure of what you will see, but as the park has the highest concentration of large animals on earth, they are guaranteed to see giraffes, elephants, gazelles, baboons, hippos and at least, some of the many lions that call the Serengeti home. Our fantastic driver is exceptionally good at spotting game, so the team are lucky to have him showing them around. At lunchtime, he chose a great picnic spot to relax and enjoy the wonderous Serengeti scenery.

After an afternoon of watching these amazing animals in their natural habitat, they returned to Kati Kati Camp for a sundowner drink by the fire, which was the perfect end to the safari day.

1 September 2016 - Ngorongoro Crater
After a final breakfast at the camp, the team packed up to start the short journey from the Serengeti to the Ngorongoro Crater. This drive takes them through the park to Nabi Hill, where they will visit the information centre and to take in the views from the top of the hill that look out towards the Maasai lands and the crater. Not far from here is the Olduvai Canyon, famous for having the earliest evidence of the existence of humans. 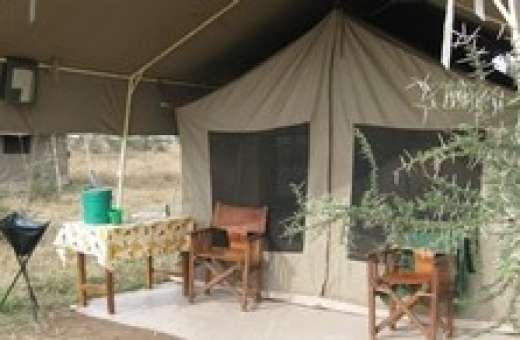 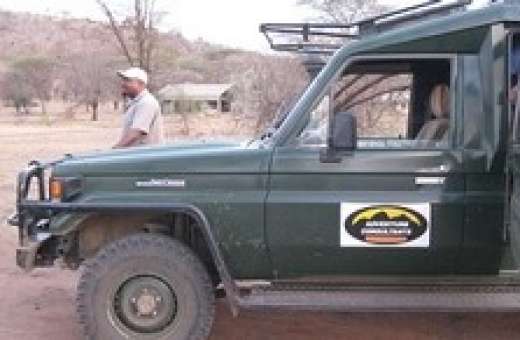