16 March 2009 - Bali Arrival
The team have arrived in Bali and have been able to meet all together for the first time. Tonight they need to get some sleep before their early morning flight to Makkasar, and they will then fly to Nabire on the 17th and Sugapa or Ilaga on the 18th of March. Victor will be updating us via phone every few days with news of their progress and we plan to update the web page fom our head office as we receive the news. Below is Victor's first blog entry after arrivnig in Bali. Thank you for following along with this expedition!

All of us have arrived here in Bali; which with the fine Indonesian food will fatten us up a wee bit before the trek into Carstensz.

Omar, Peter, Takao, Doug and myself appear to have made it thus far without any problems, missing bags or the rest of the things that tend to go wrong at the start (and middle and finish) of trips.

This is the Hindu part of Indonesia and small food offerings on banana leaf plates sit in doorways. Tourist shops sell surf things and trinkets. This is the land of Batiq and and bananas.

All the seven summits have their special flavour, Vinson is cold, Everest is high, and this one, Carstensz, is political. The first jungle to negotiate is the bureacratic one. In two days we enter the emerald forest, and though there are no cannibals (I am reliably informed, I hope) we will be food to leeches, mosquitoes and a thousand biting insecty-type things. I am starting on the anti-malarials today, and trying to forget about the jungle by flailing around in the surf of Kuta beach. 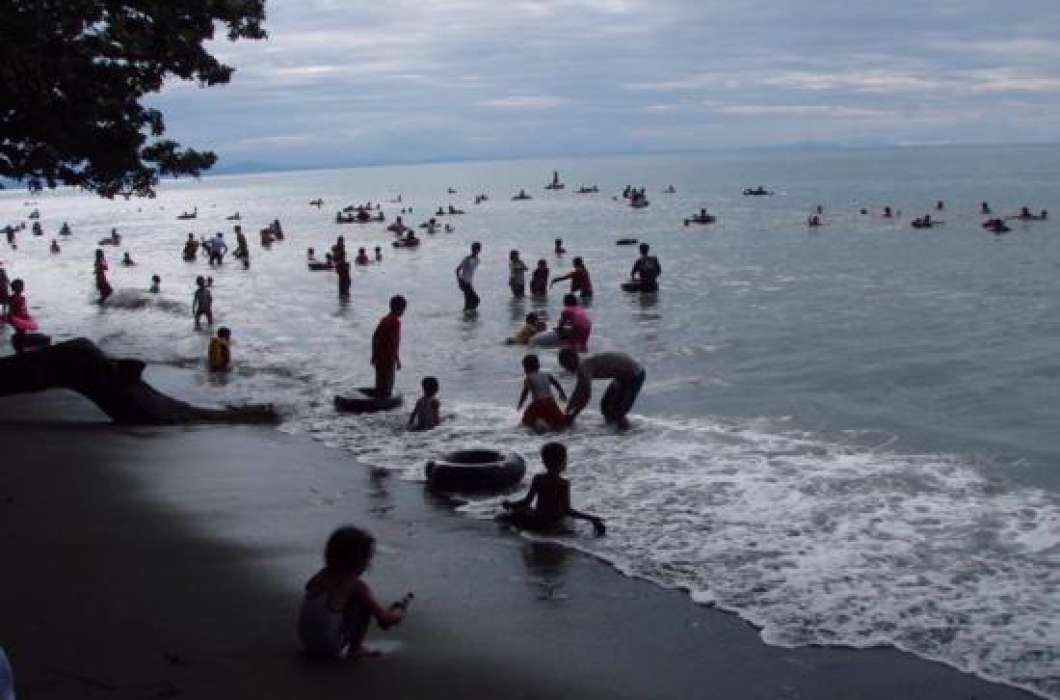 17 March 2009 - Team In Papua
The team (Doug, Omar, Peter, Takao and Victor) are at last in Papua! It has been three flights from Bali. The first two flights took us past Biak in Suluwesi and then to Makassar by 737. The head-rests on pretty much all commercial aircraft have little paper serviettes to protect the seat from hair grease. These get their name from Makassar, this was more or less the only thing I knew about Makassar other than that the seafood should be good. The inhabitants of this entire region are ethnically related to the Malay, who being a sea-faring people called themselves Orang Laut; Orang = man, Laut = sea. So fish is always going to be high on the list of culinary delights here.

We had a 5 hour stop on the island, and wandered into town to look for a highly recommended fish restaurant. The search was well worth it, if you ever find yourself in Makassar go look for the Lae-Lae restaurant, a 5 minute walk from the main port. After feasting on grilled squid and giant prawns with rice, we waddled off to meet our flight to Papua.

At the airport Peter could not find his boarding pass, provoking near panic on the part of the Europeans and with a practiced calm our agent, Leo, who found Peter's name on the flight list, convinced the ground staff that he was the same passenger. Predictably, the boarding pass re-emerged from the bottom of his ruck sack on landing. The third leg of journey was by Twin Otter, perfect not only for ski landings near Vinson but also island hopping around the Indonesian archipelago. From the air, the smaller islands were recognizable from the map; fringed with tourquoise lagoons, sandy beaches and ringed with surf. We landed on the tiny island of Yapen to deposit one passenger and pick up two, but with only 20 places, Air Garuda had managed to over-book the aircraft. This took an hour to sort out with a growing crowd of interested farmers and fishermen offering their considered opinions. My offer to unload the only passenger with no boarding pass was met by firm resistance on his part. It began to rain and part of the crowd hid from the water under the wing. The rest dispersed to their porches.

I was expecting that the pilot would ask a random passenger to step outside when he booted up the engines again, the little craft hopped a couple of times down the short runway and soon the kampongs and beaches shrank into the the picture postcard views of tropical island that belie the heat and humidy down there. The Papuan weather has already been true to predicted form, a warm drizzling shower greeted us as we stepped off the Twin Otter. It has been raining ever since. Tomorrow we continue our journey by air to the village of Sugapa. After that come the jungles, the mud, the biting things and the leeches.

So much to look forward to.

18 March 2009 - Sugapa
We heard from Victor today by phone and they have all arrived in Sugapa safe and sound, and are preparing to start trekking shortly. Bring on the green green jungle! 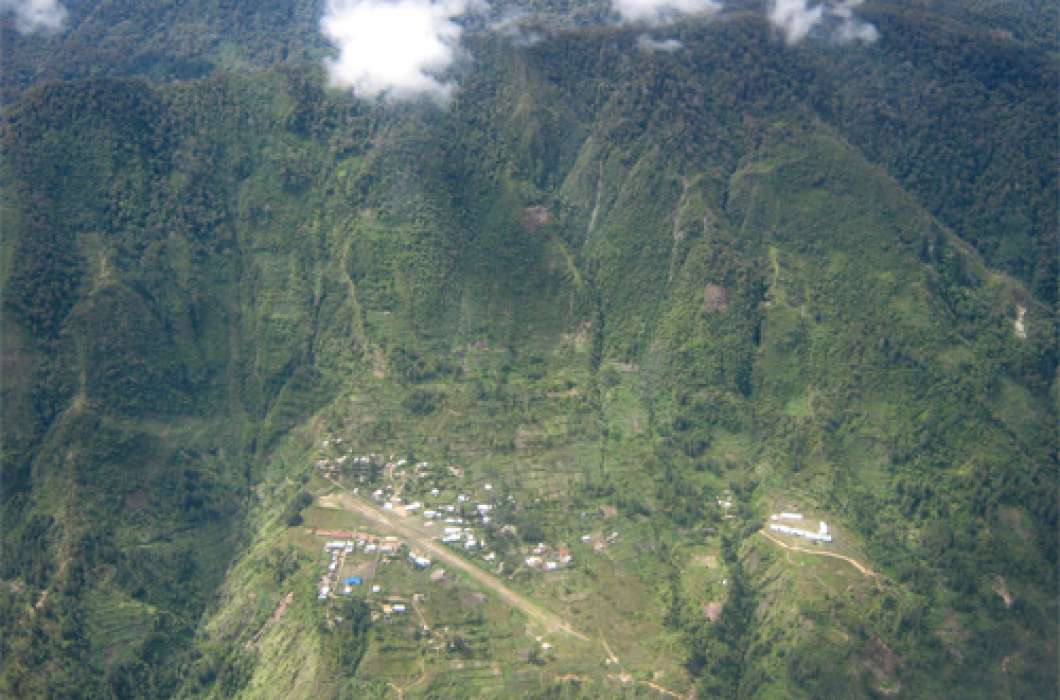 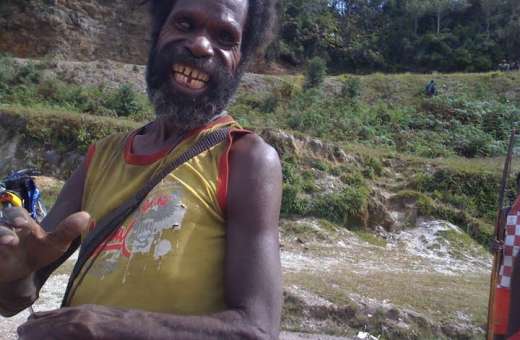 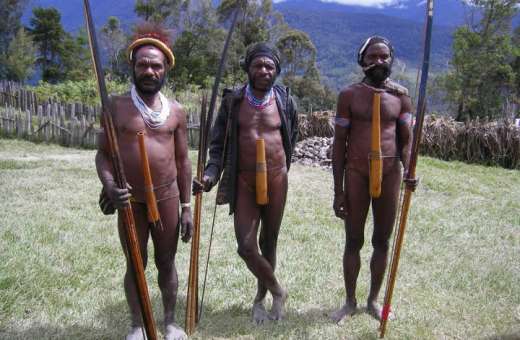 21 March 2009 - In the Jungle
Victor called us in New Zealand and left an update on their progress. The group are now in the jungle after a two day delay getting started with the trek, which can be typical of this type of expedition. They are going to make up for the delay by doing some extra walking on their approach trek. Other than that everybody is in good form and getting on well and all were currently enjoying a cup of tea and a sit down. Victor said he would call again tomorrow with the next update.

23 March 2009 - Knee deep in the Jungle (phone dispatch)
Hello from the Carstensz expedition, this is Victor calling in. We are half way through the walk in, we've had three days of very grueling jungle, calf deep to knee deep mud and a lot of rain. We're at what's called the Third camp, or Arefa camp and in a couple of days time we will reach New Zealand pass. We have three days in high altitude bogland to go before we will see Carstensz, and we have just broken out of the jungle now. The team is doing well, all is going well. Omar was telling me today that he finds the most frightening thing is going to the toilet in the night in the jungle which is terrifying and I think we all agree with him. Peter is doing well as are Doug and Takao. So all is going well and I'll get in touch in a couple of days. 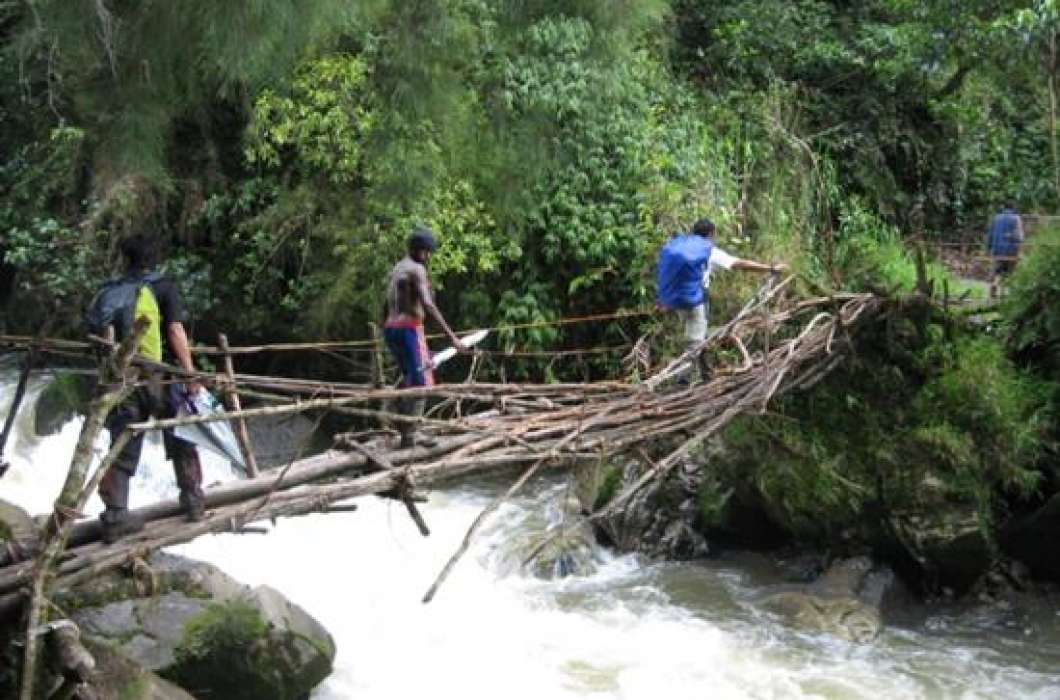 24 March 2009 - Base Camp arrival
We've had a message through that the team will reach Carstensz Basecamp tomorrow, so they've made great time and are back on schedule. 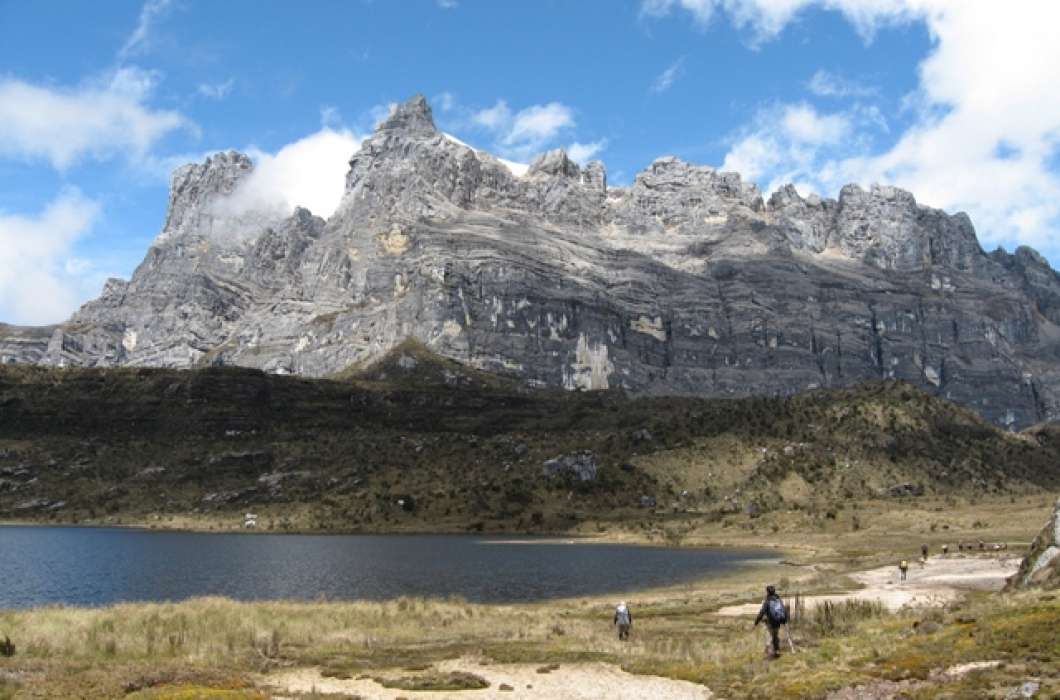 26 March 2009 - At Base Camp
This is the Adventure Consultants office updating you all on the progress of the Carstensz team after having received a message from our guide, Victor. The team are safely at Base Camp after walking over the very impressive New Zealand Pass, which according to Victor is very much like trekking through the Dolomites. The team have trekked through heathland towards the mountain and have been lucky enough to experience glorious weather which is unusual when trekking in this region. Doug and Victor walked up to the bottom of the route to do an assessment before the summit day. They were able to climb the first pitch and are happy with what they have seen. All is well with the team and we will update you all once we have some more news.

27 March 2009 - Summit Success
We have just received news that the Carstensz team - Victor, Doug, Takao, Peter and Omar have successfully summited Carstensz Pyramid today. Congratulations to all the team! They are expected to begin their return trek back to Sugapa tomorrow, which should take them until April 1. Once they get back, we are sure they will be able to give us a more in depth update about their summit day.

Summit Update:
We have had another update from Victor and the team. The team all summited at 8am on Friday in magnificent weather and were back at Base Camp by midday. The team are all very happy, are all doing very well and are now contemplating the walk out to Sugapa. They are on schedule to arrive back in Bali by the planned date of April 1.

1 April 2009 - Sugapa return
The team have returned to Sugapa and are now awaiting their charter flight out for the return to Bali.

2 April 2009 - En route to Bali
We have had an update for our Carstensz climbers, and they are currently in planes en route on Bali with an expected arrival of 11.00pm tonight into Bali. 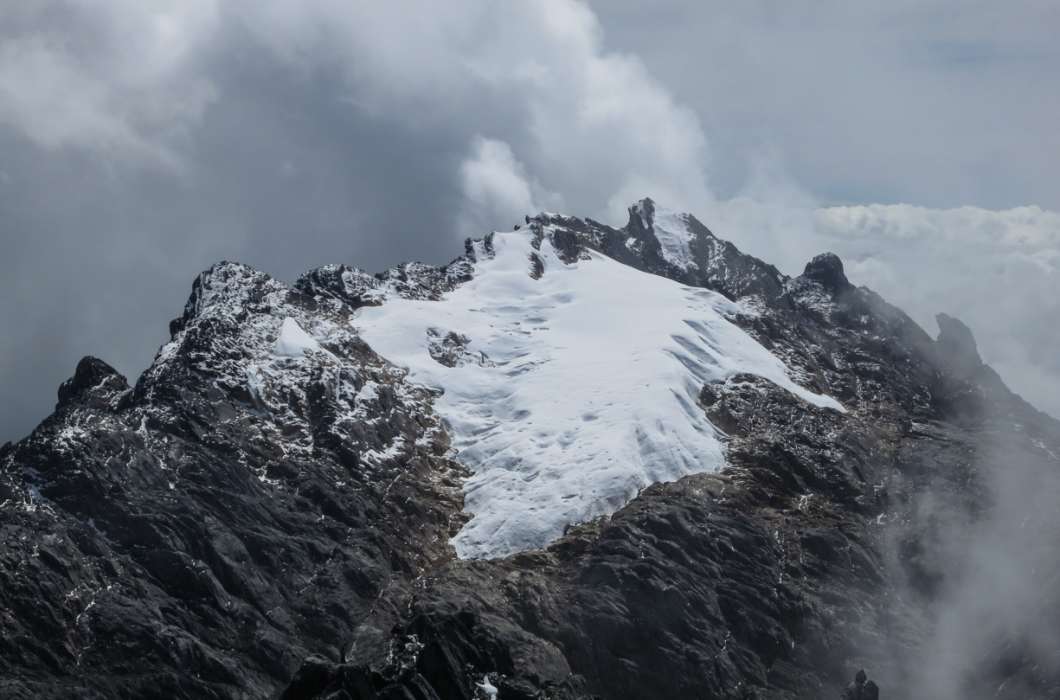